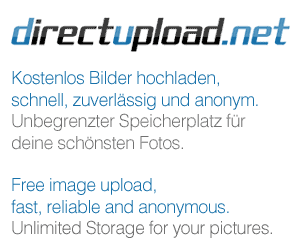 FIFA 12 (titled FIFA Soccer 12 in North America) is the nineteenth game in Electronic Arts’ FIFA series.
FIFA 12, promised to be “a revolutionary year for FIFA … especially in the gameplay department.”

FIFA12 brings to the pitch the game-changing new Player Impact Engine, a physics engine built to deliver real-world physicality in every interaction on the pitch. Revolutionary gameplay innovations inspired by the real-world of soccer make FIFA Soccer 12 deeper and more engaging. All-new Precision Dribbling delivers a higher fidelity of touch on the ball for attacking players, while Tactical Defending fundamentally changes the approach to defending by placing equal importance on positioning, intercepting passes and tackling. Furthermore, CPU players have been infused with Pro Player Intelligence, the next generation of player intelligence and performance.

An “FIFA 12 Ultimate Edition” will be available through Game and Gamestation stores. Will include 4 monthly Ultimate Team gold packs, with each pack containing 12 items including players, contracts, stadiums, managers, staff, fitness, healing, footballs, kits and badges. Each pack contains one rare item, such as enhanced player attributes, longer contracts and the most coveted players. EA Sports announced that the Microsoft Windows version of FIFA 12 will have the same features, competitions and engine as the FIFA 12 PlayStation 3 and FIFA 12 Xbox 360 versions of the game.

The FIFA 12 demo teams are:

FIFA 12 demo for PC is now available to download :

Official FSB Guide to the FIFA 12 Demo (from fifasoccerblog)

First things first, game difficulty. Now I know we all love to brag on forums and to our mates about how we battered the AI on Legendary difficulty and romped to the league title by 15 points, but FIFA 12 is a very different, very complex landscape, which deserves a lot more time and adjustment than its predecessor. David Rutter and Aaron McHardy have both openly admitted that by design FIFA 12 is a much tougher prospect on the higher difficulty settings this year, to try and add some longevity to the AI’s challenge. So to allow yourself time to get to grips with the new gameplay mechanics (especially Tactical Defending) in the FIFA 12 Demo our recommendation is to drop down to Professional difficulty for your first few games, at least. Then ramp things up as you become more comfortable with the new mechanics and controls.

How to Dribble with Precision

One of the most highly talked about new gameplay features is without doubt Precision Dribble. The extra level of fidelity in player ball control is something the FIFA community has craved and now that dexterity is finally at our disposal. The name “Precision Dribble” is perhaps a touch ambiguous though because it sort of implies that its main use is for going past defenders, when in reality that’s probably about 10% of Precision Dribbles actual use.

Precision Dribbles main purpose is for getting yourself out of dangerous, high pressure scenarios to create space. If you were being hounded by multiple defenders in FIFA 11 you’d be dispossessed instantly but in FIFA 12 the advantage has swung violently towards the attacker. The destiny of these close proximity encounters is now firmly in your hands and with a touch of L1 you can be in and out of trouble with consummate ease. Precision Dribble is all about creating that precious half yard of space to slide through a killer pass, hold up play, or simply shift your body weight to fire off a snap shot. It’s high fidelity control at its best, but a tool for passing players consistently, it is not.

Our advice, try to be experimental when using Precision Dribble and you’ll get by far the most out of it. If you only ever use it to try and jink your way through a crowded penalty box, that 10% I spoke about earlier is all you’re going to see. Delve a little deeper and you’ll wonder how FIFA has ever managed with out it.

One of the new features added to the defensive side of FIFA 12 is Contain, which along with a few other elements make up Tactical Defending. It’s by far the most difficult new gameplay mechanic to master and finding the balance of where and when to use it, is crucial to its success. You activate Contain by pressing X or A when not in possession and your defender will then be in “Contain Mode”. You can then use the analogue stick to either close down or drop off the attacker.

To start with, try to get used to the feeling of being in “Contain Mode” as it does feel a little weird at first. Maniacally player switching between defenders as attacks build, won’t help this adjustment and this can throw you off track to begin with. There may even be a point where you think “why don’t I just use standard jockey (L2) all the time instead” and if that thought does cross your mind the chances are you’re using Contain in the wrong situations.

If the passing is moving around quickly then jockey (L2) will be better suited for defensive cover but if you need to hold someone up, or Ronaldo is running at you with verve then Contain is the best tool for the job. Contain is quite difficult to explain in written form as it’s all about feeling but when it clicks, you’ll know exactly where and when to deploy it, and how to strike that tactical balance.

As well as the steep learning curve of Contain you now have to time your tackles in FIFA 12. This caused some confusion at the early FIFA 12 playtests because we all know the standing tackle button is X or A. That’s still true unless your defender is using Contain, which is also controlled by X or A. So when in “Contain Mode” the timed standing tackle button moves out to O or B. Confusing eh?

You need to take your time and judge tackles in FIFA 12 now because if you go in to early, you’ll be bypassed in a flash and go in too late and it’s going to be a similar outcome or a blatant foul. Again it’s all about feel, so jockey the attacker, bide your time and then when you feel the urge initiate the tackle. The first time you get this right it feels so special and as you glide away from the dispossessed attacker you’ll smile knowing it was all your own work.

Timed tackles and Contain go hand in hand in FIFA 12, but we’d recommend you try and get used to them individually first and then begin to blend them over time. Don’t dive in, take your time and as Rio Ferdinand would say “stay on your feet”.

One of the things everyone who’s played FIFA 12 has raved about is the new ball physics while are exemplary throughout. The area where they’ve had the biggest impact though is with shooting. The ball now carries a lot more weight and when shots are stuck with power you feel that “thud” as the momentum transfers to the ball. The trajectory of shots is a a lot shallower now and the wild left to right curl from FIFA 11 has been smoothed in to a realistic arc.

The new ball physics open up endless new opportunities to score different and more realistic goals, so its well worth taking a pot shot from even the most unlikely of angles. You can drill the ball hard and low from distance, but most impressive perhaps is the ability to hit snap shots in and around the box to surprise static, unaware goalkeepers.

The first time you are dumped in the arena, take a few steps and unleash your first FIFA 12 shot, you’ll feel the difference. Shooting in FIFA 12 is majestic, so pull the trigger, be inventive and you won’t be left disappointed.

Plain and simple you now have time and space in FIFA 12. With the ridiculous ”homing missile” pressure removed and a more refined defensive system that focusses on jockeying and timing, you’ll get the time and space pass the ball around, building methodically. But this is heavily reliant on you not trying to do everything in FIFA 12 at 100 miles per hour. If you hold down the sprint button every time you pick up the ball then the AI will naturally gravitate towards you, as you’ll be perceived as a threat. If you have open grass to run in to then by always utilise sprint, but in the middle of the park a more conservative approach is advised.

One of the things Tom has raved about in FIFA 12 so far if the ability to beat players just with the left analogue stick alone, something we’ve all been after for a while. So chances are you won’t need to sprint so continuously any more in FIFA12 and if you do find yourself in deep trouble you have Precision Dribble to find that half yard of space too.

Getting success out of the new FIFA 12 gameplay is as much about the way you play the game as the mechanics that are implemented. Pass when you should be passing, clear the ball when in danger, get your play maker on the ball and play some flowing, easy on the eye football. But treat FIFa 12 with an open mind, it’s a new game, perhaps not revolutionary, but still very different.

We’ve had the assisted, semi, manual controls debate on FSB many a time over the last few years and to be brutally honest I’m bored with it. Just play the game the way you want to play it and don’t comment about anyone else’s personal control preference. But being FIFA connoisseurs we do believe that some of the Assisted rails should be removed, purely because the game plays better. No agendas, no holy than thou attitude, just a belief that when off fully assisted FIFA plays a more relaistic version of the beaturftiful game.

So as a bare minimum we’d recommend having passing and shooting set to Semi in Wireless Controller Settings. Then if you want to splice in some manual here and there, go for it. Taking the stabilisers off can be a daunting task for a lot of FIFA gamers but rest assured the benefits are ten fold.